Honourable Prabhakaran is the 20th Century hero for Tamil Eelam 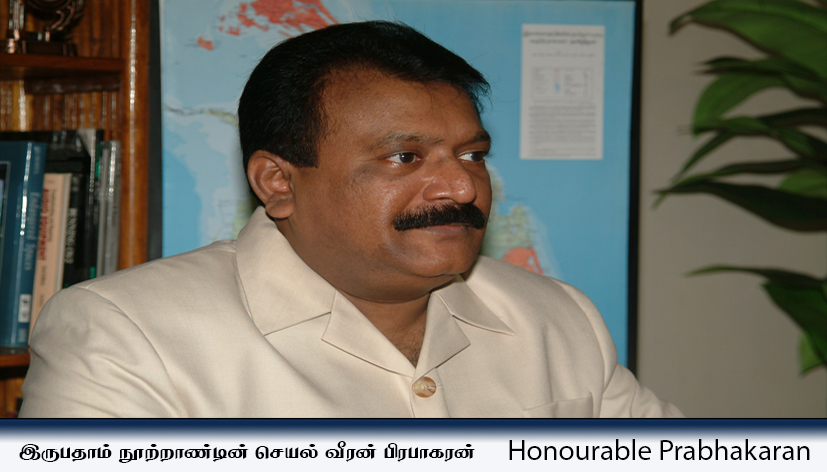 Honourable Prabhakaran is the 20th Century hero for Tamil Eelam, appreciated by all Tamils throughout the nation, respect that no leader has seen in recent history. The efforts made by the graduates and those who studied law with their innovation and legal subtlety skills to uphold and protect the rights of the Tamil people have not yielded any success. The struggles shown by the Tamil leaders to win the rights of the Tamil people and to uphold the self-determination rights in the non-violent way (similar to the likes of Ghandi) have also failed. 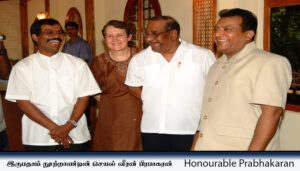 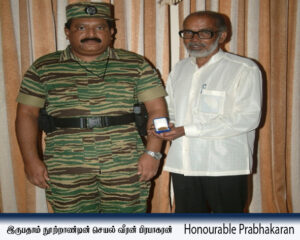 Hero Alexander, Hero Napoleon amongst many other historical hero figures, can be found in history subjects in school textbooks. The only way to learn about these heroes is by reading but In this modern age of science where war machines and weapons are in existence, people have directly witnessed and learned of Leader Prabhakaran. The leader who fought against the three armies of the Sri Lankan Government, a government that needed the help of various countries during the conflict. Our leader saved a large part of the Tamil homeland and spread the seeds for the liberation of Tamil Eelam. Velupillai Prabhakaran, the national leader of Tamil Eelam, is a historical hero today, not only in the world of Tamils but to the entire world. 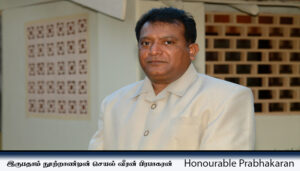 I personally experienced an incident which can illustrate the love and devotion Tamil people have for Our Leader Prabhakaran. I was invited to Kilinochchi. National Leader Prabhakaran honoured me with a special award and a banquet in appreciation of my fifty years of journalistic work and my contribution to Tamil Nation. I was amazed that even people I had met so many times in the city paid me respect that day. The next morning, I went to Perumal temple as I usually do.

When I came out, a stranger stood outside the gate of Anjaneyar Temple and said, ‘I am waiting to see you.’ I was a little surprised and stunned, “who are you? Why are you holding my hands?” I asked. During that time many pilgrims visited Kashi. “You have been visiting our leader and receiving 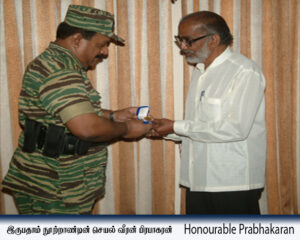 awards from his hands. You have the privilege of being awarded by the hands of the leader. I held your hand and looked into your eyes so that I might get some of that grace too.” When he spoke these words, I stood motionless for a while. Our Leader Prabhakaran has proved that only a selfless leader with discipline, control, bravery, wisdom, honesty and fearlessness can lead the liberation of a nation and succeed. My realisation is that our Leader Prabhakaran is the reason why the Tamil people are still standing tall today. The Tamil people show immense affection, love, devotion and loyalty to the late Hero, Leader Prabhakaran.

The leader of the Liberation Tigers of Tamil Eelam, Mr.V. Pirapaharan, Friday honored the senior journalist, Mr. S.M.Gopalaratnam (“Gopu”) with an award embossed with the Tiger emblem, for his “magnificent contributions to Tamil national consciousness and Tamil people’s national awakening” throughout his journalistic career for more than 50 years, LTTE sources said.

he LTTE released the following statement on the honor conferred on the journalist:

“Mr. Gopalaratnam’s writing style, his presentation of opinions and his choice of titles for his works attracted readers’ minds and stimulated their thinking. His creations were succinct, in an easy-to-read style, and included all facets of an argument.

“Through his writings, Mr. Gopalaratnam made all people focus on the Liberation struggle and rendered great service to the Tamil nation.

“Since Mr. Gopalaratnam has deep talents needed in a writer—in particular, the ability to connect the future to the present–his every piece of writing is a living piece. 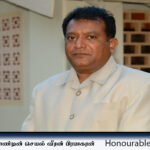 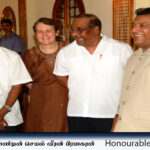 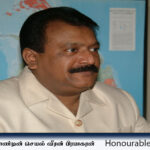 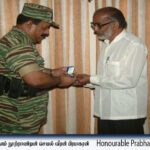 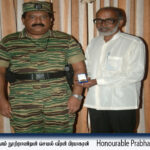