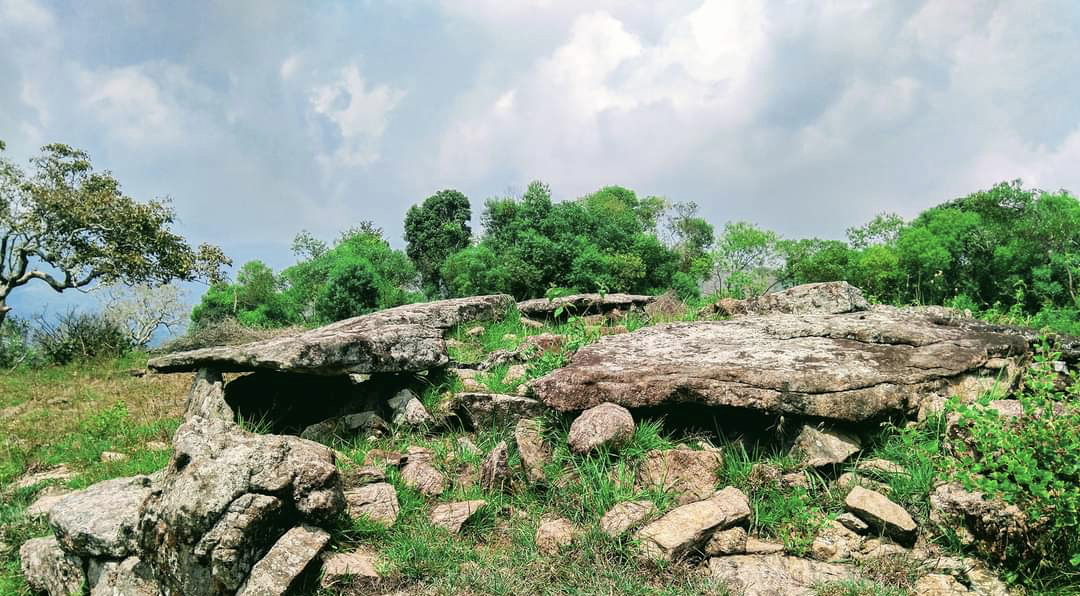 Pre-Iron Age emblems have been found worldwide. They are said to date from 1500 BC to 500 BC. The Iron Age (1200 BC to 500 BC) is said to be about the same period. In this context, an article has been published on Academia and researchgate sites that the quarries found at Thandikudi in the Western Ghats near Kodaikanal in Dindigul district have been excavated and may date back to the Iron Age. Kumaran and Saranya have published this article. Both have published this report under the guidance of Mr. Rajan, Professor, University of Pondicherry. However, historians and enthusiasts are waiting for Professor Rajan’s full dissertation. He has already done some papers on this.

The name Thandikudi is now associated with the legend of Palani Murugan and it is said that Murugan crossed the Palani hill from here and hence the name. However, in the 13th century AD inscription of Kulasekara Pandian, the name of the town is recorded as Thanrikudi. That is to say, a type of tree called Thanri can be seen more only in this region. The fruits of this dandelion tree, which thrives only in the hills, are said to be the solution to various physical problems. The name Thanrikkudi has changed over time to Maruvi Thandikudi. In addition, during the British colonial rule, an Englishman stayed with his family in the hills and recorded in detail more than 2000 rare plant species and their herbal qualities that belong to this land.

It is possible to know that there was a highway leading to major cities like Madurai, Palani, Dindigul and Pollachi. Kodaikanal, Perumalmalai, Pannaikadu, Thandikudi and Manalur are some of the towns that pass through this highway. In the Kulasekara Pandian inscription of 1280 AD, it is engraved that ‘Manaluromun Thanrikudi Urom, the great city of the Ayyapozhi, and the former Ennam Pagam were cut down and stoned to death’. That is to say, it seems that there is an inscription that the people of Manalur and Thanrikudi have settled their long standing enmity together. At the entrance of the Ganesha temple opposite the inscription, there is an 18th century statue of a warrior with a knife in one hand and a knife in the other.

Thandikudi Murugan Temple is believed to have been built over a century ago. Traces of a recent renovation are also visible. A Cairn Circle has been excavated in the temple premises. You can see them in the picture. Charcoal, bones, and ashes have been found in this place. At the same time different types of ceramics are available. They are Black ware, Red ware, Black slipped ware, Black and red ware, cut ware.

Copper and iron have been found as the main grave goods. Also available are Cornelian beads, quartz, four-legged vases, utensils, curved flat stands, large jars, L-shaped items, and bait. There are also tombs and tombs found here. In total only burial types available in the region,

It is noteworthy that a variety of Manimagala rituals have been found in this area. Similarly available in Kodumanal area. There are only three types of cyst burial. I.e. Simple cist, Cist with multiple transept, cist with double chambers etc.

Usually we would have just seen a capstone for a learner. But they have set up the same capstone along the two bunkers in this area. With them ten or more hoards are set up within a single circle or square with a mural within it. The circular wall is known as the origin of architecture.

From this it is known that a series of 4000 years of continuous migration has taken place in the mountains from before the Iron Age to the present. 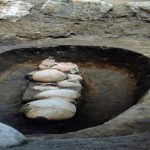 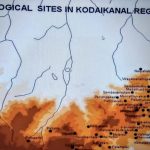 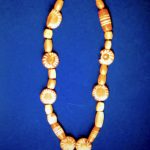