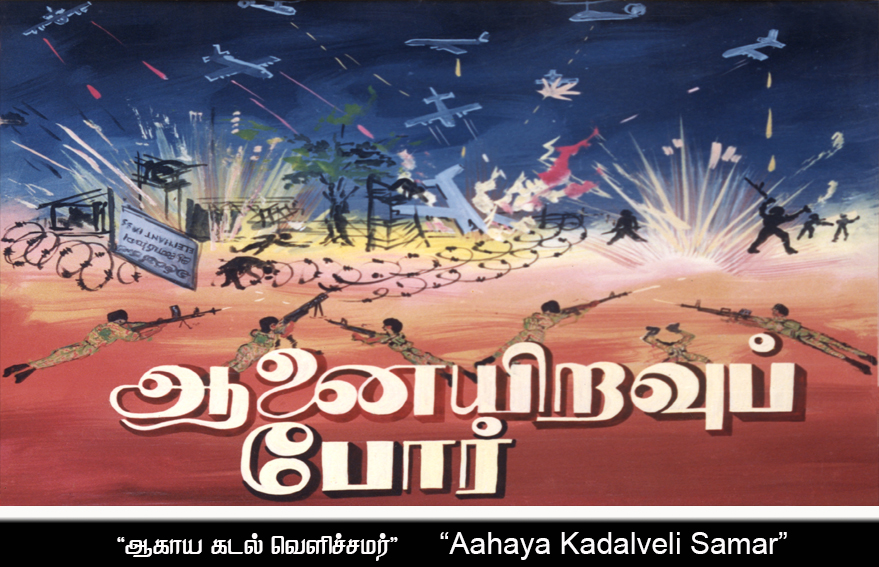 The first – Commander Soosai directed the internal operation in Vanni mainland, Periya Uppalam, with Commander Balraj directed the fight outside Vanni mainland. The first was fight was on 10.07.1991 and the second was on 13.07.1991. This attempt was unsuccessful as the Sri Lankan Army bombed the heavy vehicle boarded by Major Kesari and his assistant captain Douglas.

Second – Commander Guna led the internal operation in Thenmaradchi mainland, with Commander Tamilchelvan outside the mainland. This fight took place first on 11.07.1991 and secondly on 27.07.2991. As the army camp was in an open place, the fighters went behind the vehicles covered with iron sheets.  According to the experience of the degree, the attack on 27.07.1991 was to dig bunkers from our guard to the enemy guards until recently and then the teams would rise up and attack and capture the barricade.

Another move was to use an iron sheet to hit the heavy vehicle and use it as a shield to allow the fighters to go and capture the barricade. Unfortunately, the heavy vehicle crashed into the enemy guard. Lt. Col. Shara and Major Kugathas were killed in this fight. As another attempt a team led by Major Soni went into the back of the army went into the back of the army and attacked, but to no avail. Commander Guna, who led the internal operations of this battle, was wounded. He denied to go the hospital and went back to the battle. The main commander Pottu forcibly sent him to the hospital. Many experiences like this took place at this battle.

Third – On 14.07.1991, Commander Lt. Colonel Sooty, who was leading the battle in Vettilaikeni Kaddakaadu Beach. It became a heavy battle and Commander Lt. Col. Sootty became hero that day. On 21.07.1991 Commander Sornam made and infiltration-style attack at Mulliyan. The plan was to divide the army into two but it failed. Anyway, several soldiers were killed and many weapons were captured. The advancing troops continued their fierce counterattack. When the troops reached Gompadi, they tried to reach the Iyakachchi junction from Gompadi. A group led by Commander Lt. Colonel Rajan stopped the troops with heavy attack. The Srilankan troops gave op the attempt.

Although it is easy to write about this war, but the fighters went through many impossible and terrible things; the restless and sleepless nights, they had food but could not eat, the scorching sun, the hot beach sand. However, the only strong faith was to win and this they all had.  They coordinated these battles and the world outside realized that there were two armies in Sri Lanka. The Head of the Intelligence Department and Senior Commander, Pottu, guided the fighters through this battle, with the advice of the national leader. Six hundred and three militants were killed in the month-long military operation.

There are wonderful sacrifices and a sense of liberation beyond humanity behind every heroes in this battle who is truly heroic in this world. Their commitments are not ordinary losses but heroic histories of Tamils. Let us pay our respects to all the heroes who gave their lives for this cause and sacrificed their lives for the liberation of the motherland.

The 2nd phase of the Eelam War has begun. The military camps at Kooddai, Kokkavil and Kondachi fell into our hands as they were brought under tight siege in the early stages of the war. Therefore, the enemy is now obliged to have only military bases in our territory that can be contacted by the Air Force, Navy, Ground Forces or any such contacts.

The Elephant Pass also had a similar structure. The Elephant Army Base was in a position to withstand our operations on all three fronts, air, sea and land, in case we attacked the camp. The seawater and the long salt marshes were a source of hope for the enemy’s defenses. However, our movement, which had only the manpower and equipment of a guerrilla warfare organization, decided to open the war by relying only on the minds of our fighters who could face conventional warfare. This warship only used the unique aircraft technical knowledge of our fighters and were essential to the conventional attack. Our fighters Were prepared for the Elephant War. The plow and the bulldozer were transformed into armored vehicles to move our teams through huge cuts. Our movement made this high-impact short-range artillery called “Basilon-2000”. This was also taken to this Elephant Pass operation.

The Sri Lankan troops suffered heavy casualties in the equalizers held at such places. A ‘Bell’ helicopter was shot down by our fighters during a fierce battle at the Poovarasankulam junction. This was a major achievement for Charles Antony Special Forces in the history.  And many of the enemy’s armored vehicles were damaged. The enemy exposed his rudeness and carried out indiscriminate bombardment of civilians. More than 50 soldiers lost their lives in the fierce fighting that lasted until 19.06.1991. And more than 150 soldiers were wounded and the troops began to retreat. 22 fighters from Charles Antony Special Forces became heroes at this battle and became history and gave victory for the LTTE. 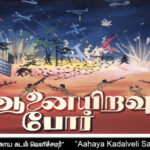 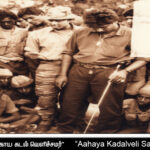 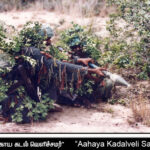 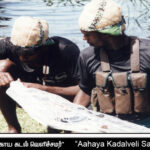 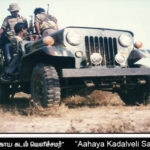 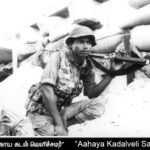 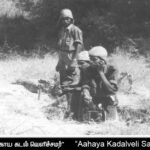 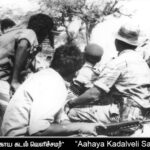 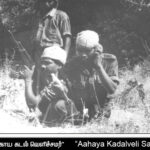 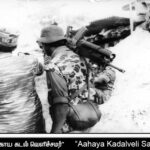 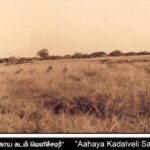 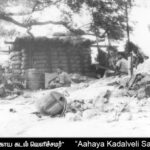 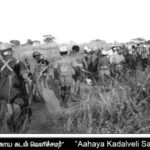 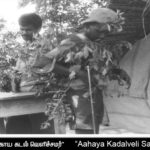 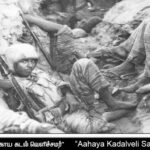 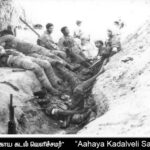 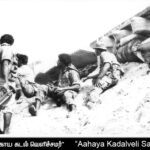