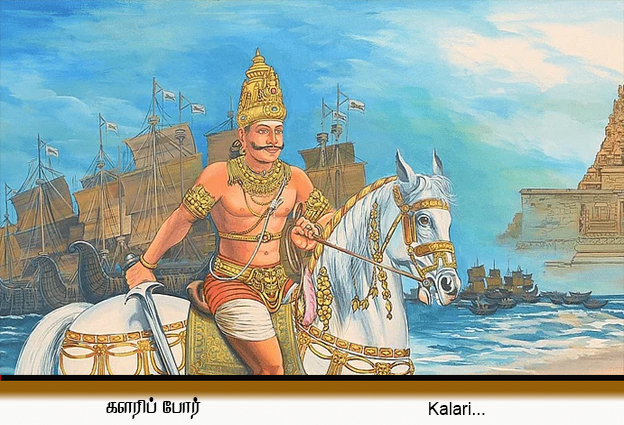 An untold 150-year long war in history, was this the secret of the great success of the Cholas? The book ‘Varma Kavyam’ says that Shivan taught the miraculous Kalari art to Shakthi and then to Shakthi told to Goddess Murugan during the Samharam of Soorapadman. A war that took place in world history from 1337 to 1453 is referred to as the Hundred Years War.  It also describes a battle for power between two royal families in France. 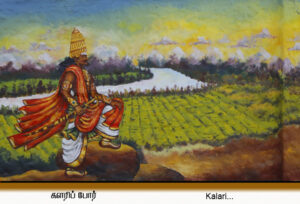 But beyond this, the war that took place during the Cholas period for more than 150 years is known as the Kanthalur campus wars.  It is known in history that these wars, which are said to have taken place from the Adita Karigalan period to the Kulothunga Chola II period, were held for about 150 years to destroy the training campus of Cherar Nation.

From Lord Muruga, at Velimalai, Agathiyar learned the five-fold combination of Varma, Vasi, Yoga, Beat method and Siddha Vaidyam.  Later Thirumoolar also learned from him Kalangi, Pokhar, Pulipaani and Ramadevar.  The scriptures also say that other priests learned through them.

Later it is said to have spread to the kings through Parasuramar.  The method taught by Agathiyar is called Thekkan Kalari and the method taught by Parasurama is called Vadakan Kalari.  During the Ramayana, Kalari was practiced as ‘Angkaip (bare hand) warfare’.  In the Kambaramayana Yuththa Kanda, it is said that Neelan, a monkey warrior, clashed with Ravana’s soldiers in the style of war.  History has it that these Angkai wars were further renewed and improved during the Sangam Tamil kings.  Then this art went to China and from there it started spreading to Southeast Asian countries like Sri Lanka, Thailand, Japan, and Korea.

The War of the Moavenders

As early as the 1st century AD, in the wars fought by the Movendras, there have been battles of bare-hand attack called Kalari.  This can be seen through many Sangam Tamil  literatures including “Pattinapalai” who describes it as ‘Mudu Maratha Kalari Varimanal Akanthittai’.  As time went on, Kalari’s demand grew, and it became a subject matter.  The campus was the training ground for Kalari.  The head instructor of these campus became a Paddathiri.  The students were called Chatters.  As a reward for kings funding this campus, students were sent as warriors.  Thus, Many Kalari campus were developed in the early 10th century on the borders of the then Chera nation.

Beating, taking care not to get beat, treating yourself quickly if hit, attacking without any tools, and defeating the enemy in the blink of an eye are all complete battlefield training.  The truth is that one who has learned this cannot be defeated.  Many of the Chera soldiers who had excelled in this art joined the two regiments of the Pandiyar, Cheras and started rebelling here and there against the Chola nation.  They attacked the vessels coming towards the Chola country, looted them, and attacked the commercial carts.  Suppress the act of supporting the Chera nation.  History says that Aditha Karikalan beheaded Veerapandiyan to take revenge for beheading his little grandfather Uththamaseeli.

In this battle between Rajarajan and the Chera King Bhaskara Ravi Varman I in 988, Rajarajan destroyed 17 kadikas (Timers)  in the Chera country like the Kandalur campus.  History says that Rajarajan defeated them with a special force of soldiers who had learned from them this fierce warfare, which strikes at the nerves and is conducted at lightning speed.  These dynasties, developed by the Chera, Pandya, and Eelam coalitions, did not die out completely during Rajarajan’s reign.  However, Rajarajan had a strong Kalari force.  So, he was able to conquer the whole of South Asia. 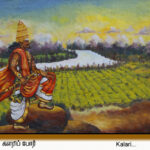 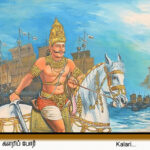 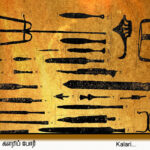