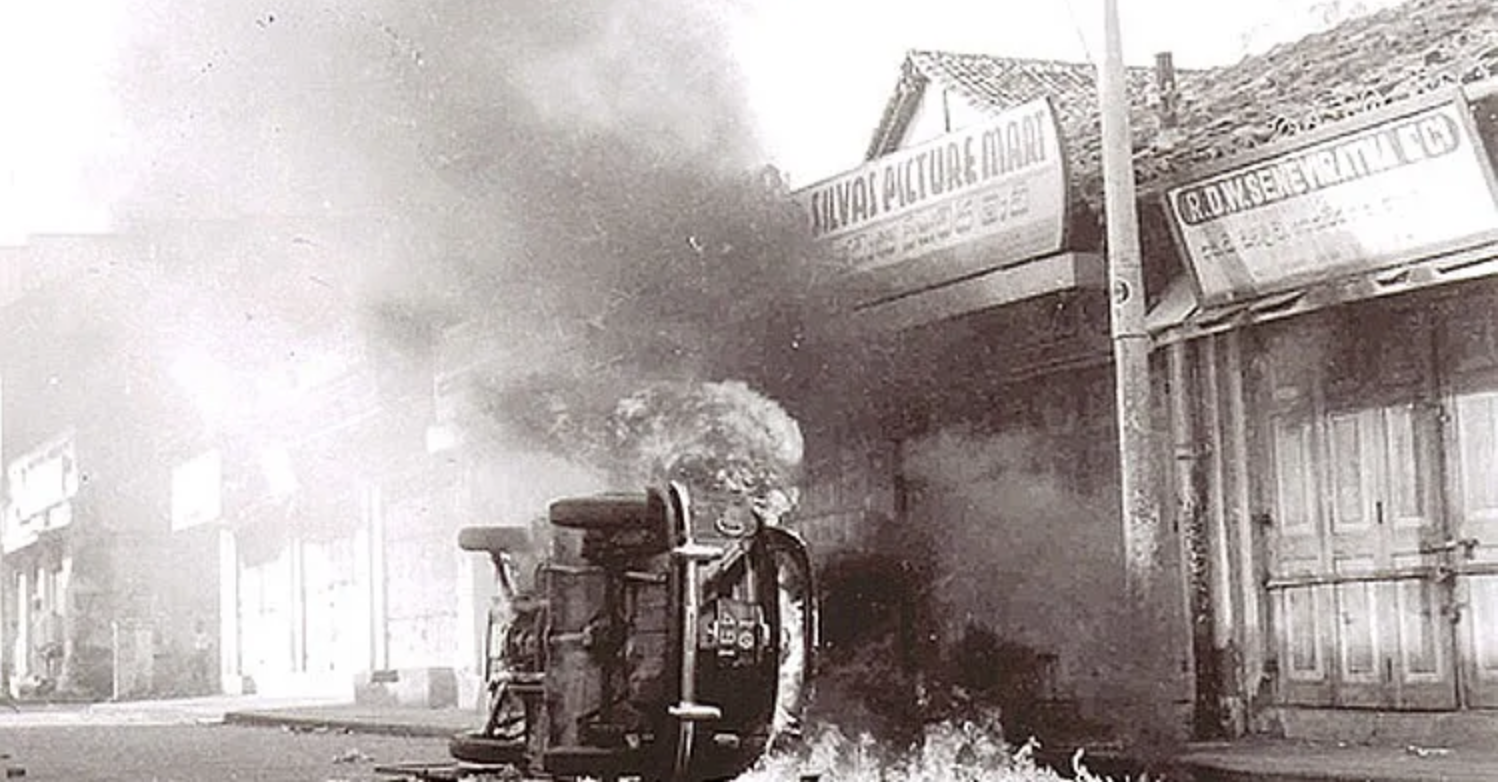 The rule of the Sinhalese was so cruel that it was written in the pages of history as the dark period of the Tamils. After the Sinhalese took the lands of Sri Lanka’s indigenous Tamils away, only the rest lands remain as Tamil areas. The Sinhalese chauvinist government, which tried to completely wipe out the national identity of Tamils, ended up killing millions of Tamils and committing genocide. The carnage that has been carried out stirs our emotions. The Sinhalese nationalist government and Sinhalese racists against the Tamils also known as ”Black July” due to the atrocities commit July 1983. 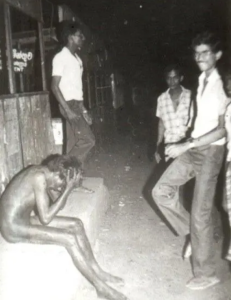 There is no one who has not seen a photo of a man numb and naked with his hands on his head surrounded by young people cheering for joy. This is the photograph that shocked the conscience of the world as a witness of the July riots. Sinhalese racists killed more than three thousand innocent Tamils in that riot. They burned Tamils alive with their families. These fanatics ruthlessly raped more than 500 Tamil women. They targeted and looted more than 5000 Tamil business establishments such as shopping malls, shops, fuel stations, theaters.

Details of Tamil possessions, trading posts and assets had already been provided to the rioters by the Sinhalese authorities. This riot was well planned with the aim of destroying the economic base of the Tamils. For six days, the Sinhalese fanatics were in the hands of the city of Colombo and South Sri Lanka. Despite the nominal curfew, the Sinhalese armed forces refused to respect it and joined the rioters in attacking the Tamils. Colombo looked grim as Tamils’ deathbeds all over the capital, and Tamils’ commercial establishments burning uncontrollably. Buddha’s doctrine was preached that day. More than 150000 Tamils lost their property and became refugees.

Another atrocity took place on July 25. 37 Tamil political prisoners, including Kuddimani, Thangadurai, and Jegan from the movement TELO and from the movement Gandhia, doctor Rasusundaram and S.A. David, who were imprisoned in Welikkadai Jail in Colombo, were brutally killed with the help of the prison authorities with the weapons provided by them.

“The government will kill me one day. Give my eyes to Eelam Tamils. Let my eyes at least see the Tamil Eelam that I cannot see!” Kuddimani told the court. A Sinhalese racist dug out Kuddimani’s eyes and trampled them with his foot saying that if he had these eyes he would see Eelam himself. The cruelty did not end with that day alone. Again, on July 28, the jail was attacked. 18 Tamils were killed. In just three days, 55 Tamil prisoners fell prey to Sinhalese racism.

The very identity of being a Tamil was enough to make Sinhalese fanatics mad. From Buddhist monks to Sinhalese prisoners, everyone became fanatics. It was Anarchaya Dharmapala, who the Sinhalese regarded as their guru, who propagated racism. 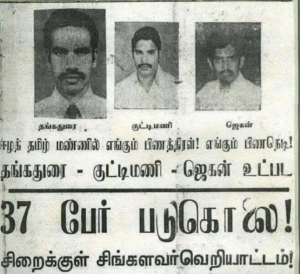 “The Sinhalese are unique. Before being degraded by uncivilized quails, this beautiful island was made a paradise by the Aryan Sinhalese” – these are the claims of the Anarchaya Dharmapala, the father of Sinhalese Buddhist nationalism. But the claim of historians is that Sri Lanka is the land of the Nagas, a Dravidian tribe. True history is like this, these Buddhist fundamentalists are the ones who came in between, invaded the island of Sri Lanka, and created the historical distortions that maddened the Sinhalese to oppress the indigenous Tamils.

“The clear difference between this riot and the riots in other Asian countries is that the mobs sought out and attacked Tamil trading posts. Guards and government forces strike alongside rioters” – Financial Times, 12 August 1983.

“If living together is difficult, Tamils in the north have the right to demand a separate country” – Washington Post – 4 August 1983.

The July riots created great turmoil in Tamil Nadu and among the Tamils of the world. The people of Tamil Nadu, regardless of party or organization differences, gathered in rallies, processions and demonstrations against the Sri Lankan government to condemn the killing of their Tamil Eelam relatives. The international community also expressed condemnation. The July riots spurred tens of thousands of young Tamils to join the armed liberation war. The July riots erupted when Tamil Nadu Tamils demanded that Indian troops be sent to restore peace. 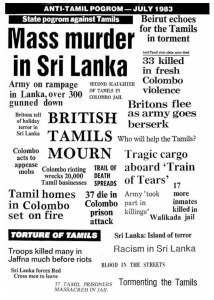 Black July is not an event that started in July. It has been going on continuously since May. In May 1983, 98 percent of the Tamil population boycotted the local elections in response to the LTTE’s call not to participate in the elections. The political change in the Tamil region under the leadership of the Liberation Tigers of Tamil Eelam made Jayewardene furious. Thus Jayewardene unleashed his forces and Tamils were attacked in Tamil areas. Houses were burnt. Properties were looted. This tension spread throughout Vavuniya. Later it spread to the Trincomalee regions. In July 1983, daily killing of Tamils became routine. It peaked on July 23rd. After this, a general shutdown by the Liberation Tigers of Tamil Eelam was held in full force. Then the Yarldhevi train from Colombo was set on fire by Tamil youths. Due to this tension, Jaffna newspapers were banned.

Subsequently, 13 Sri Lankan soldiers were killed in a landmine attack known as the Thirunelveli attack. Although the army wanted to bury their bodies in Jaffna itself, Jayewardene decided to bury their bodies in Colombo for viewing among the Sinhalese people. The Sinhalese government of Jayewardene made the death of the soldiers a racist event. Funeral processions were conducted for these soldiers in new ways that no army soldiers ever died. Instead of bringing them in coffins, they deliberately brought the dead bodies in polythene bags. They delayed the funeral procession until dark, infuriating the Sinhalese. This delay was long enough to induce most of the Sinhalese to come towards Colombo. The Sinhalese fanatics inspired by the brutal intelligence of the state terrorists spilled the blood of innocent Tamils. Gradually the violence spread to the south. As a result, more than 150000 people lost their property and became refugees. More than three thousand people died. “Black July” highlighted the carnage planned and carried out by state terror forces.

Although “Black July” was the most brutal racist attack unleashed on the Tamils, since the liberation of the island of Sri Lanka from the British. The systematic racist attacks on the Tamils under the rule of the Sinhalese can be said to have laid the foundation for it.

In 1956, when Bandaranaike, who led the “Sinhala Only” movement, became president, Sinhala was made the official language and Tamil was demoted. An order was issued that all government employees, including Tamils, should know Sinhala, otherwise there would be no promotion or pay rise. At that time, the “Samsathik Party” led by Father Selva, a collective party that represented the Tamils, conducted a peaceful struggle. The result was the massacre of more than 100 Tamils and looting of business premises in Amparai district. 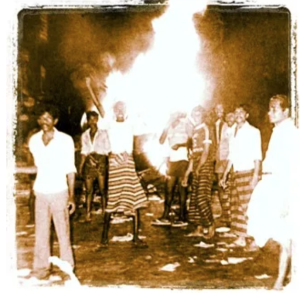 In 1958, more than 150 people were killed in a racist animal hunt. More than 10.000 people fled from Colombo to the north and east. Even then, the “Samashtik Party” fought morally to take the demand for autonomy to the masses. In 1961, also Father Selva conducted the same religious protest. In the same year, the government institutions in the north and east were paralyzed due to the non-cooperation movement for 3 months. The “Samashtik Party” against the Sinhalese law issued the Tamil National postage stamps. The Sinhalese nationalist government used the armed forces to beat up religious leaders for a postage stamp. Innocent people, who are always the targets, fell prey to the police officers’ thugs.

As the religious struggles and massacres of Tamils continued like this, charitable parties for Tamils started joining to save the political freedom of Tamils and the Tamil national identity. They too have left the path of idealism and stagnated into the parliamentary ranks.

Meanwhile, the standardization laws brought by the Sri Lankan government in the years 1967, 1971 and 1979 had a devastating impact on the education of Tamils. In other words, talented Tamil students with high scores lost opportunities while Sinhalese students with low scores gained those opportunities. Desperation and boredom with no job opportunities, no avenue for higher education, and the external environment encouraged the youth to step towards the path of revolution. 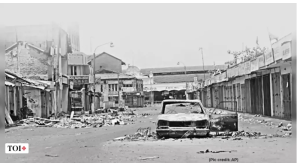 These moral struggles are evidence that the fake image of Tamils who do not want to be religious is not true and that Tamilness has been showing its cheeks to beat Sinhalese chauvinism. Even when many hundreds of Tamils were killed, the Tamils passed peacefully by chanting the teachings of Jesus and the teachings of the Buddha. Armed protest groups were formed because there was a danger that if this continued, the life, language and the culture of the race would be destroyed. In it, the LTTE movement opposed the Sinhalese forces with morale and discipline. Warriors resisted the army but the racist Sinhalese government targeted innocent people.

Although the “Black July” event has passed, the Tamils still have unhealed wounds and unrelieved pains in their minds. Tamils will never forget and forgive the “Black July” of 1983, when the Sinhalese chauvinist government exterminated thousands of Tamils, and the May of 2009, when millions of Tamils were killed.

“If we want to find a peaceful solution to our problems, there needs to be a fundamental change in the mentality and attitude of the genocidal Sinhalese rulers,” said national leader Prabhakaran. As long as Buddhist fundamentalist and Sinhalese chauvinists rule, the solution for Tamils in Sri Lanka is mist water. 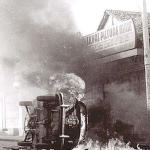 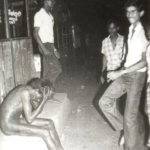 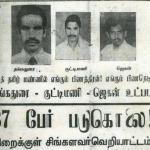 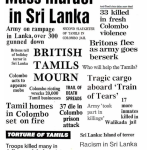 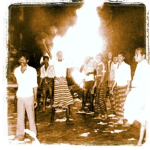 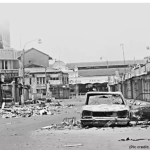