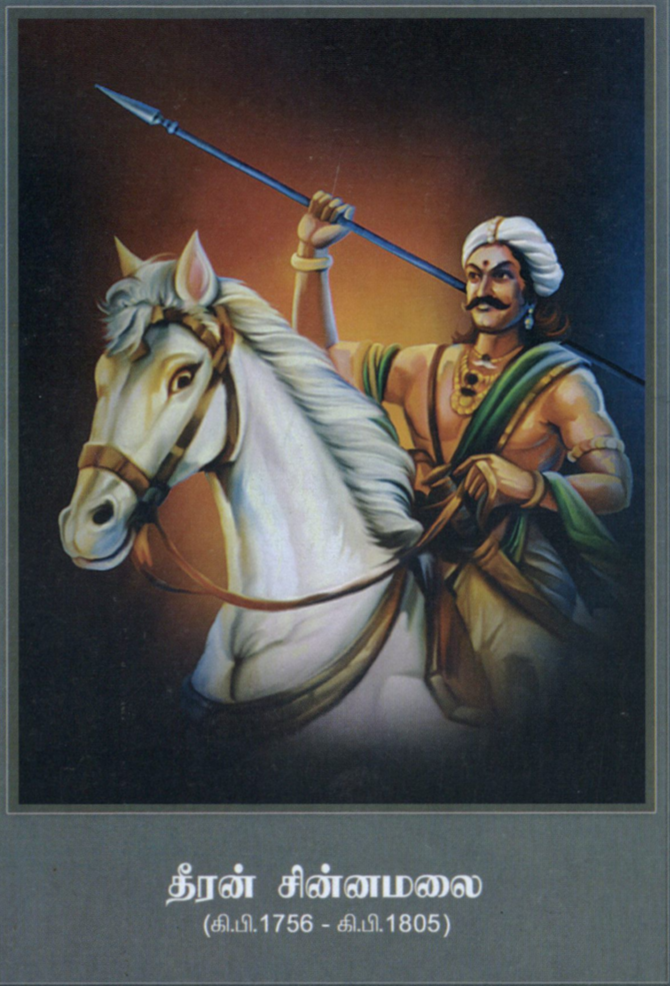 Born as Theerthagiri, Deeran Chinnamalai emerged as a leader in fighting against British Empire’s occupation in the Kongu region. He was also call as “Chinnam kaur” by the occupying forces of the British Empire.

Tipu Sultan (1799) who ruled Mysore, fought against the occupying British with the help of Chinnamalai. Upon the death of the Tipu Sultan, Chinnamalai took part in the 2nd Colonial war of 1801-1802. He played an important role in bringing together the other monarchies and others who were against British occupation into forming the “Peninsular Confederation”.

In mid of 1799, Chinnamalai sent a messenger to Dhondia Wagh of Sonda within the region of Kannada. He returned to the headquarters of the Dindigul League and gave secret information to Gopala Nayak. Hence, Chinnamalai helped to formulate an integrated war strategy between the North & southern alliances.

Deeran Chinnamalai fought and won against the occupying British at Cauvery in 1801, Odanilai kangeyam in 1802 and Arachalur in 1804. When he was surrounded by the Regiment of British Artillery and realised he was no longer able to defend the fort, he headed to the Black hills of Palani.

He was betrayed by his traitorous cook, who informed the occupying British army of Deeran Chinnamalai’s exact location in the black hills of Palani.

Deeran Chinnamalai along with his two brothers were captured and hanged on 31st July 1805 at Sankagiri Hill Fort.