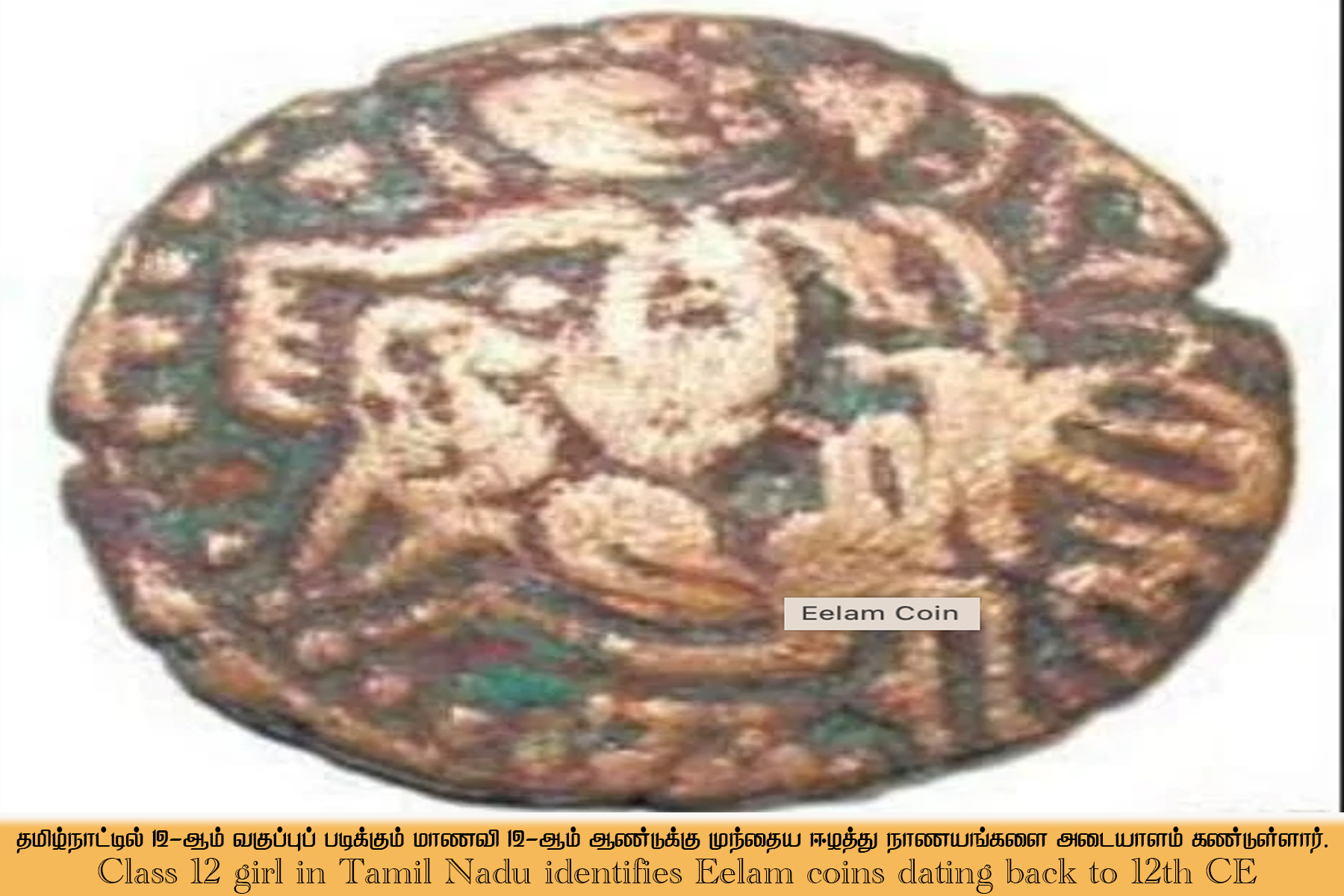 One side of the coin shows a man holding a flower, and on his left are four circles above which there is a crescent and there is a flower below the circles.

RAMANTHAPURAM: A class 12 student of a government school in Thirupullani has won widespread appreciation from all quarters for identifying three copper Eelam coins belonging to the period of King Rajaraja Cholan. The coins were unearthed by her father while digging an agricultural field at Koraikuttam.

As part of the activities undertaken by the heritage club of Suresh Sudha Azhaghan Memorial Government Higher Secondary School at Thirupullani, K Muneeswari had also been trained to identify ancient coins, pottery and read stumpages of inscriptions. During holidays, the students were asked to look out for antiques and coins in their neighborhoods.

“The students had found Chinese potsherds at the school campus a few months ago,” said V Rajaguru, secretary of the school’s heritage club and archaeologist. Muneeswari saw the coins in her father’s possession and identified them, Rajaguru added. The copper coins were later found to be Eelam coins that were in use in the 11th and 12th centuries CE.

“In the ancient times, kings issued special coins to celebrate battle victories. Eelam coins were issued in gold, silver and copper in the wake of Rajaraja Cholan’s first conquest of Sri Lanka in war, and were in use from the time of Rajaraja Cholan I to the time of Kulothunga Cholan I. The Eelam coin in copper is called ‘Eela karunkasu’ (black coin),” Rajaguru explained.

One side of the coin shows a man holding a flower, and on his left are four circles above which there is a crescent and there is a flower below the circles.

On the other side of the coin, a seated man holding a conch in his hand is visible. Near his left hand, the word ‘Srirajaraja’ inscribed in Devanagari script can be seen. The man in the coin resembles the figure found in Sri Lankan coins, the archaeologist shared.