“If you leave the East, you’ll get autonomy in the North” 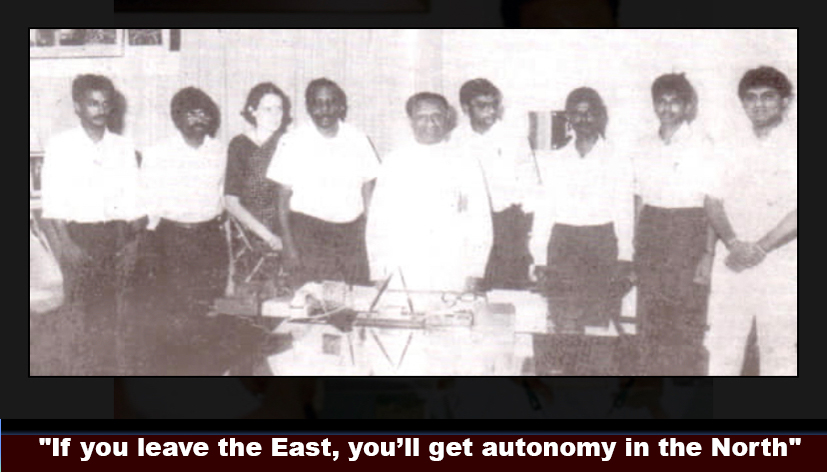 “If you leave the East, you’ll get autonomy in the North” – Former President of Sri Lanka Mr. Premadasa – “I will leave the North if I want, but I cannot leave the East” – Tamil National Leader Medhaku Prabhakaran.

Here is how I came to know that information – Arun Thambimuthu

During the negotiations between the Liberation Tigers of Tamil Eelam (LTTE) and the Government of Sri Lanka (1989-90), Veerakone said that Premadasa told Yogi, Balasingham and Mathaya, (who were the negotiators on behalf of the LTTE), that Premadasa had said – “Since there are Sinhalese and Muslims in the East, if the LTTE withdraws militarily from the East, we can come to a North-centric solution. Also, he said that there was an idea at that time that if the LTTE was removed from the East, the North could be conquered militarily, but Prabhakaran did not give in. Balasingham told us that we will reply after talking to our leader Prabhakaran. Our leader Prabhakaran says that Balasingham recited a letter in their next meeting. Tell Premadasa that even if we exit from the north, we cannot exit from the east. No agreement could be reached that did not include the East” 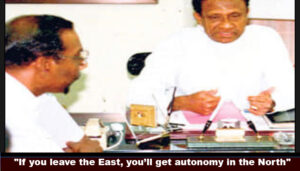 The former presidential secretary Veerakone who said this matter served as the President of the Batticaloa government in the 70s!

‘In the East Muslims and Sinhalese are living, if the LTTE militarily withdraws from East, we can come to an amicable agreement in the North” he added further, “the thinking was that if LTTE could be confined only to the North, they can be militarily defeated on a later day! But Prabakaran never took the bait”

Balasingam said, we will inform our leader Mr. Prabakaran and get back to you. On the next occasion, when they met, Balasingam had read out a note from Mr. Prabakaran, “I may consider withdrawing from North but never from the East. Tell Mr. Premadasa no agreement can be reached without East included”.

I am not singing about Prabhakaran, nor do I need to sing. But history must be recorded correctly as history. It is completely wrong to describe the National Hero Prabhakaran as a regionalist who lived for one race and one land. Will today’s Tamil leaders not leave the East like Prabhakaran? The question is fair. 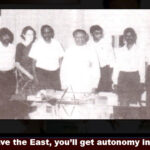 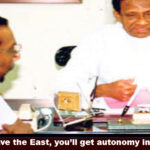 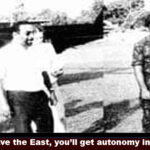