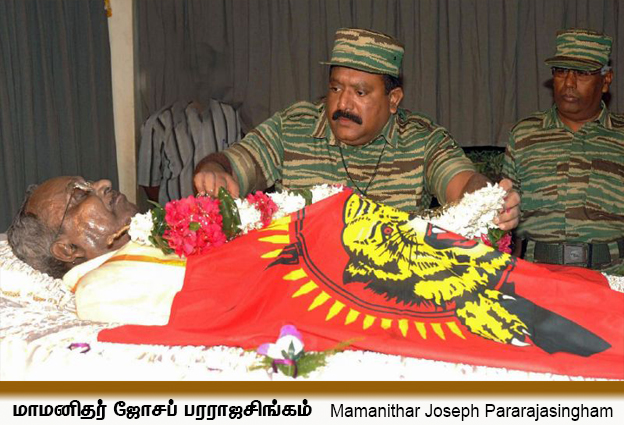 Mr.Joseph Pararasasingham, Member of Parliament of the Tamil National Federation, was shot dead when he was attending the mass at the church in the Christmas night.  Seven others including his wife were injured. He is known as a proud LTTE supporter.

No one has greater love than the one who lays down his life for his friends.

A man who best suits this most beautiful text of the Bible is the late Mr. Joseph Pararajasingham. That is why the national leader has also given him the award of ‘Mamanitar’ 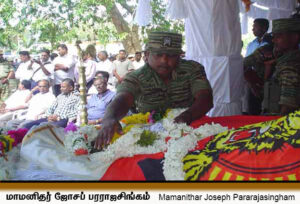 The pulse of a good soul who loved the land and the people, and who participated in the lives and downfalls of South Tamileelam, which was particularly oppressed by the occupiers, has been suppressed at the point of arms. Although giving death as a gift to those who love the country has been going on here for ages, the occupiers for the sacrifice of Joseph Pararajasingham; The day is the birthday of the Jesus Christ who is said to have sacrificed himself on the cross for the redemption of the people.

The Church of God was their designated place for his sacrifice. This act is done by those who have no other thought except to create the destruction of Tamil nation forever.K.V. Balakumaran, who was an important part of the LTTE, said, “Mr. Joseph has closed his eyes for those who even has not open their eyes.”

Mr.Joseph Pararajasingham started as a journalist and became a politician because of his love for Tamil. Mr.Joseph Pararajasingham received the attention of the government as someone who shed light on human rights violations in the North and East. He started his political campaign as the Tamil Arasu Kadchi, the Tamil Liberation Organisation and has seen many decades till the present day when he started the struggle for independence.

In today’s critical environment, stopping the voice of the English scholar Mr. Joseph must have been very important to those involve, if not they would not have chosen Christmas Day and St. Mary’s Church for murder. As far as we know, the world countries and international organizations have not expressed sympathy or concern regarding the assassination of Mr. Joseph Pararajasingham, who was seen as a parliamentary democrat and a human rights activist. 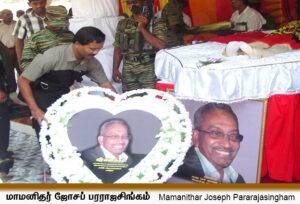 Why did the international opinion, which tried to bring sanctions against the LTTE based on mere assumptions after the killing of Kathirgamar, failed to recognize the life that was spared on a day when mercy should flow?

Tamils have a long history of going to the parliament and giving way to democratic values. Hasn’t the West seen all the atrocities that took place from the caning of peaceful people</ in Kalimugakkadal to the assassination of Mamanithar Kumar Ponnambalam?>

Did the West not know the massacres of Nadesan, Nimalarajan, Mamanithar Sivaram, who believed that they too had the right to freedom of expression, which the West claims is one of the characteristics of a democratic government?

Is it not the belief of the West that people like Tharaki Sivaram, Kumar Ponnambalam, etc. are based in Colombo, which is visible to the West?

Did the trust not fall down? From all this the truth is evident: The race that fights for freedom will be isolated. Their voice for the world’s attention will be silenced as a carol in a lonely wilderness. That´s it.

These facts are reiterated by the assassination of Mr. Joseph Pararajasingham.

It is our heartfelt tribute to those who died like ostriches with their heads buried in the sand, keeping aside the worries of international opinion and taking into account the aspirations of those who died in the dust.

“Mamanithar” award by the national leader. 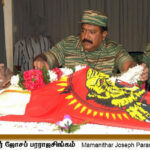 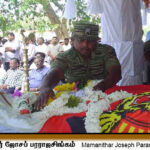 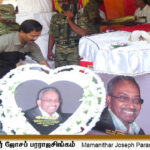 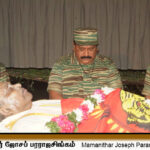 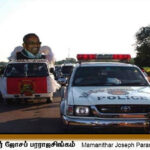 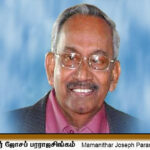