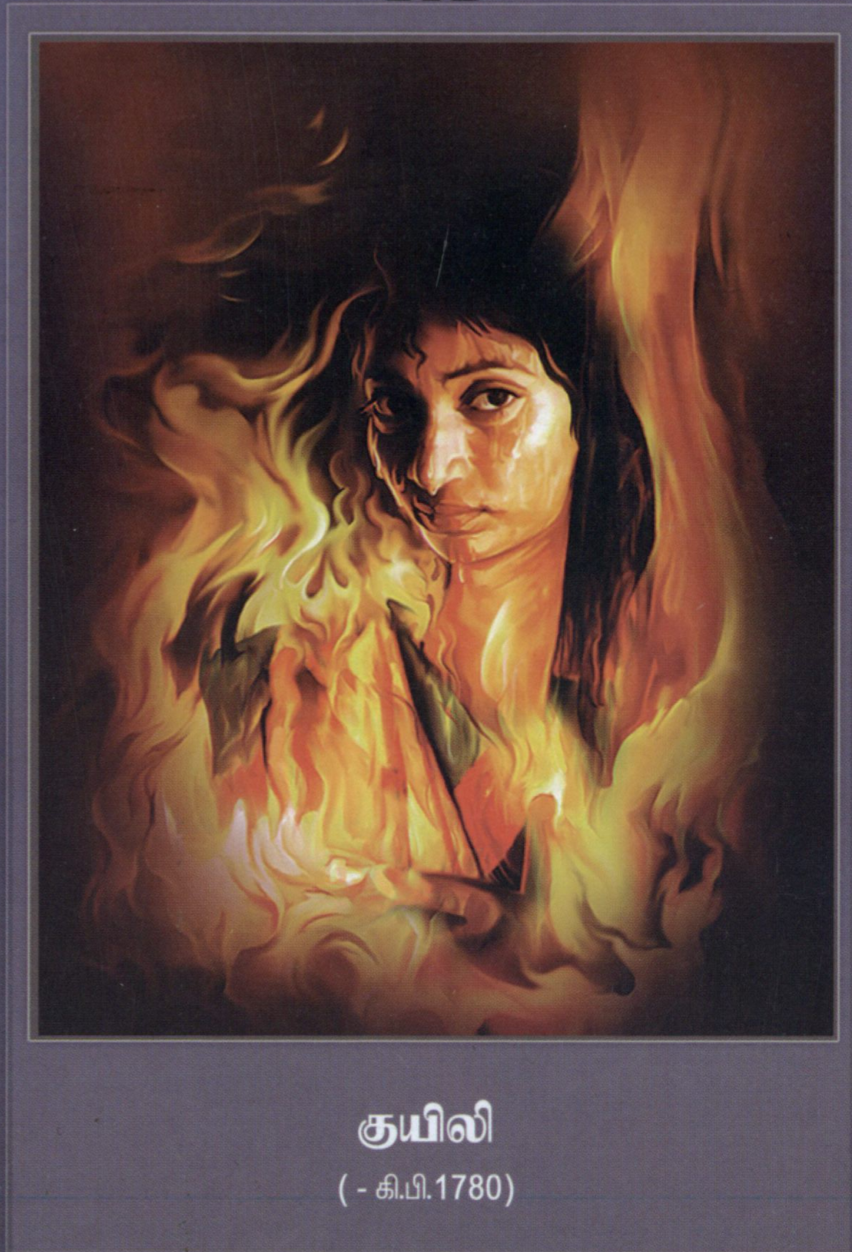 Kuyili, the heroine of the Sivaganga era was a trusted & loyal commander to Queen Velunacharya. She is known in Tamil history as the first person (1780), who used herself as the first human’s grenade in the battle to save Sivaganga from the occupation of the British Empire under English East India Company.

Queen Velunacharya was able to reclaim almost all of the areas that was stolen by the British Empire, But the capital of Sivaganga was being occupied and guarded by the Kumbini forces of the British empire.  – On the eve of Vijayadashami festival, only women were given permission to enter the Rajes-wari Amman temple inside the fort, & the female warriors from the உடையாள் “Udaiyal” women brigade entered the fort dressed as devotees.

When the Maruadhu brothers initiated an attack from outside the fort, the women warriors from உடையாள் “Udaiyal” women brigade launch their offensive against the kumbini forces inside the fort.

The Kumbini forces had stockpiled their ammunition & weapons within the fort, in order to secure victory against overwhelming odds, Kuyili poured oil on her body, setting it on fire and jumped onto the weapon arsenal. Her selfless act resulted in the ammunition depot exploding, securing a victory for Queen Velunacharya.

Commander Kuyili became the first human bomb in the history of the liberation struggle.