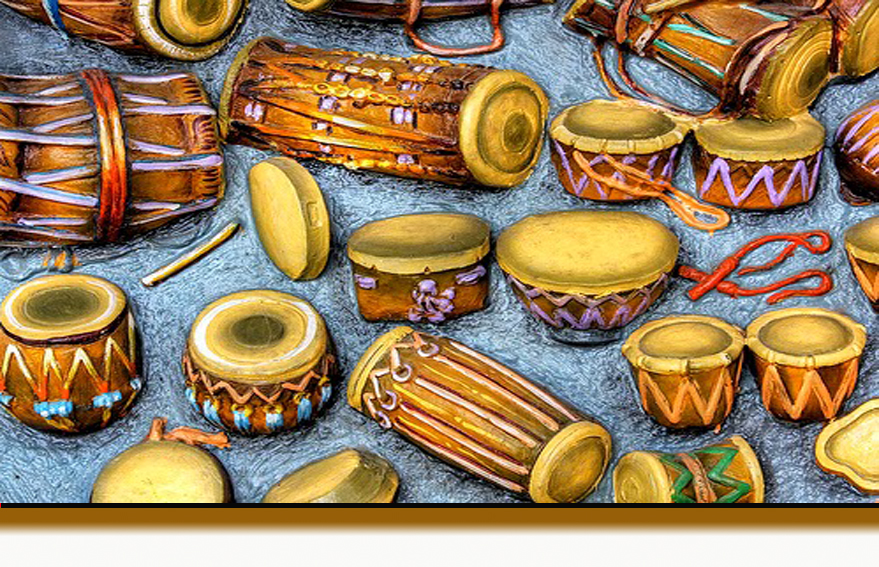 Parai had been around during the sangam period, the Chola, and Pandya era. The tradition of drumming or trumpeting to make announcements or declarations from the kings to the people had been the norm in these era.It has been used for the following reasons; before a king goes to the opposite country and fights, he gets out the people who cannot fight there, to restrict any developing issues, to invite the, peasants, to gather the announcers, to declare victory and defeat, to encourage those who plough the fields, to, sow, to harvest, to, drive out animals in the forests, to convey the king’s messages to the people.

Is performed for various event; to worship mother nature, in ceremonies and in all events, that occurs in an individual’s life from birth until their death (including their funeral)

Perumurasu is a Tamil musical instrument of the leather type. It is semispherical in shape. It is “made of cow skin in a large stock pan.” In ancient times, it was used as a charge or communication tool.

Sirumurasu or Sayaratsai Melam is a Tamil musical instrument of the leather type. It was “moulded with spotted deer skin in a small half-pan.” It was used to play at the end of evening prayers in temples.

Perigai is a musical instrument used to convey, information, which has been used extensively during the reign of kings in Tamil Nadu, and has been used to inform the city people about the king’s message, wedding message, procession, etc. The instrument is placed on the back of a decorated elephant, and the news is announced. The people announcing (or the proclaimers) were called ‘Valluvar’.

Information are not yet known

Udukkai is one of the rural musical instruments used in religious rituals, played in rural temples and mainly in mariamman temple rituals. This instrument can be played by hands. It is also referred as ‘idai surungu parai’, and ‘thudi’ because both sides are made of metal or wood and are spread out at the end and small in mid part. This instrument is used during karakam & bhajanai and during priest prayers.

It is one of the famous musical instruments in India, also known as ‘Tholak’. It is large on one end and small on the other. The Tholak is made of wood and the leather/skin is stratched and tied on the two rings on the Tholak. To change the pitch of the platform, the rope connecting the two Mathala heads needs to crossed overwhen tuned. Mattala is played using borth hands. The word ‘mathangam’ meaning  ‘sweet music’- is changed to Mirudangam in the Northern language.

In ancient times, various musical instruments were played during the worship of the deity, one of which was a karadihai. It is made of wood and animal skin, like mattala, is seen as a percussion/ rhythmic instrument. We can see that there was a musical instrument called Karadigai in the Kambaramayana(8445).

These tools have been used in Shiva temples; Veena,, Yazh, Kuzhal etc. are used in Perumal temples, so karadigai is one of the instruments used for worship in Shiva temples.

Mridangam or Tannumai is a percussion instrument used in south India. Mridangam is a musical instrument with an ancient history, especially in most carnatic concerts, especially vocal performances. There is evidence that a similar instrument was in circulation even during the Indus civilization. The old Tamil word ‘mathangam” is considered to be the word ”mridangam’.’ ‘Tamil’s ‘medhu” was translated as ‘ ”mritu’,’ as it invoves cutting through the Jackwood.

It is, made up of a pole cylinder at its circular on one end, slightly larger at the other end and the middle part slightly larger in diameter. Both open ends are covered with skin. Both these skins are pulled and bound together by leathery straps. The right skin is permanently pasted with a dark dish called “rice”. On the other hand, just before playing the, a mixture of flour and water is applied, which will be removed when the event is over, and it is usually played similarly to mridangam.

Muzhavu is one of the Tamil musical instruments. The name ‘Muzhavu’ could have been driven from the word ‘Muzhakkam’. It is known that the palm tree and jackfruit are parables to Muzhavu. Short sticks are used and at time fingers are used make a rhythmic sound. The word Muzhavu is can also use to define the percussion instruments as a whole.  ‘Thannumai’ was the main instrument of rhythmic instruments mentioned in the period ‘Silapathikaram’ was written.

The Muzhavu skin is treated with soil that is a kind of glue on, which makes a sweet sound by processing the skin with water through references such as”ernthan muzhvu””mannaar muzhvu”and “cubit mud bulara”. Dr. V.P.K. Sundaram says in the book ‘Maddalaviyal’. ‘Maddalaviyal’, which says that the instruments of the cubit were used in ancient times through the series “Pannamai Muzhvu” and “The Left Eye Is The Right Eye Voice” of Sivaka Chintamani.