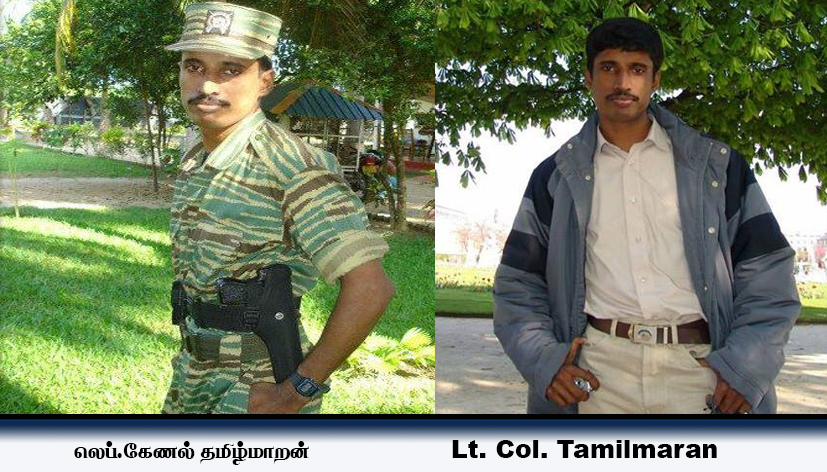 22.10.2007 is a day that not only the Tamil people but also the Sinhalese people and the world military experts will not easily forget. It was the day when the national leader of Tamileelam showed who Ellalan was to the Sinhalese who thought they had defeat Ellalan.This is also the day the world got to know about Ellalan. 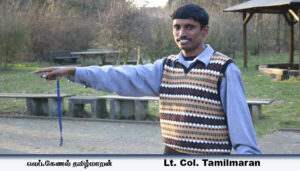 Although this operation Ellalan was completed within a few hours, the planning, training, and preparation for this took place over a long period of time.  The price paid for this success is very high. 21 amazing freedom fighters have sacrificed their lives for this victory. Their sacrifices, waiting for this attack, concessions and losses were not and will not be in vain.

This operation Ellalan was born after more than a year of hard training. The spy activities for this were held for a year. It was through the action of the spy fighters that many facts of that great site were brought to light. A special team of four members was formed to carry out the spy operations  at Anuradhapuram Air Force Base. Lt. Col. Tamilmaran was appointed as the leader of the spy team.

The spy team took fully videos of the Anuradhapuram Air Force Base.  The spy team also collected complete information regarding the weapons installed there and in which areas the planes were landing. Taking this information into action, plans for the operation Ellalan were formulated directly by the national leader of Tamil Eelam and were handled over to Rathnam Master, who was in charge of the intelligence department.

21 karumpulikal were selected for this operation. And the plan for the attack was kept so secret that it was not known outside. Not even at the highest levels of the freedom fighters.The plan for the attack will be briefed directly to the 21 karumpulikal who were selected for this attack. The special karumpuli Lt. Col. Ilango, who was appointed in charge of the plans of the attack, will explain the plan to other karumpuli fighters.

The training sessions for these karumpulikal were taking place in specially organized places at the ‘Allah-4’ training ground.The training also took place at other places considering some requirements. Along with the training master, Lt. Col. Ilango was also working as a training master that day.

The spy team led by Lt. Col. Tamilmaran had carried out the final spy operation of the Anuradhapuram Air Force Base to learn about the changes before the attack. The final spy activities was held for a period of 8 months. 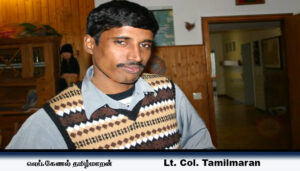 The explosion found place when the team was returning after collected all the data. While the spy fighters were going through the Sinhalese villages in the forest of Anuradhapuram, Tamil Maran was injured by the gun that was installed in the area.Giving him the first aid the spy team moves towards LTTE controlled area. Commander Rathnam Master and Lt. Col. Ilango were waiting for their arrival in one of the border areas of Mannar district.

The spy team meets them in Adampan area.They continue to Kilinochchi in a vehicle from their.  During this time, Sri Lanka’s forces contucted ectensive calymore attacks into LTTE-controlled areas. In that situation, their vehicle is also the target of Sri Lanka force´s claymore attack. But there was no loss of life.Immediately, Elango and the spy team in the vehicle escaped into the forest and launched an attack, driving the enemy away.

If anything had happened to them in that claymore attack that day, operation Ellalan would have been cancelled that day.It was in this condition the freedom fighters reach the headquarters with the final information of the day and explain everything there. Then they explained to the karumpulikal

.The model training for the operation Ellalan has also been completed. Once the model training is over, the fighters will feel satisfied that the final battle is near. After this, they take a picture with the national leader, have food, they talk and say goodbye.Without anyone knowing they walk along the raod the people of the town used to travel to Anuradhapuram. That night those 21 special karumpulikal are saying good bye to the cities they have been to

. It should be said that the distance they have to move is more than 50 km. 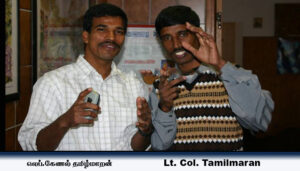 They have to cross many rivers in the jungle with their necessary ammunition and food.  By moving like this, they reach their goal.The spy team are taken them to the destination. In fact, they did not go as eagles eating the body of the lions.They left with the national leader´s finaly words in mind.  “This is a complete military base. Show your bravery there. But the families and children of some army officers may be there.Remove them safely in case of an attack and make sure nothing happens to them.” The karumpulikal team understood the concern and humanity of the national leader. 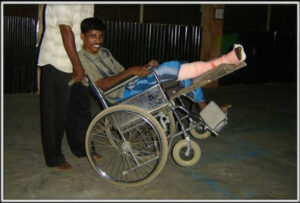 The national leader had invited some generals to his place on the previous night. The generals were there without knowing the reason.Then, after saying, ‘I am going to show you Ellalan today’, the generals and national leader were waiting for the next information.While thinking, those fighters who carry the great ideal must achieve the highest achievement and become the history of the Tamil Eelam, the karumpulikal are reaching the goal.

The spy team who guided these special karumpulikal team into the Anuradhapuram Base, take a photo to confirm the information to the headquarters. From the beginning of the attack to the time of the Anuradhapuram fire, they took pictures and kept listening to all the activities of the karumpulikal through telecommunication and informing the headquarters.

1.30 am, while the Anuradhapuram Air Force Base is asleep, they launch the attack at 3.00 am.It was a great achievement that 21 karumpulikal kept the base under their control for about seven hours. The fight ends at 10.00 with the final karumpuli as maveeran.  After attacking and destroying the targets and giving a great victory to the Tamil people, all the karumpulikal closed their eyes. 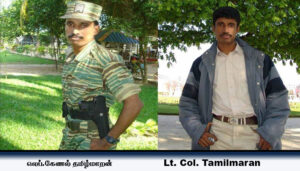 After confirming their death, the spy team led by Lt. Col. Tamilamaran returned to their homeland.The LTTE Air Force also returned home after bombing the Anuradhapuram Air Force Base and giving their support to the karumpulikal.  This attack carried out by the LTTE Air Force despite the barrage of the enemy must be said to be a milestone in the history of LTTE Air Force attacks.

In this case, a helicopter that came to help the Sri Lankan Army was also shot down. Within a few hours, millions of valuable warplanes and military equipment were lost. The Sinhalese leaders and the Sinhalese soldiers, who could not bear this loss , showed their strength on the fighters death body. The evidence of the massacres up to Mullivaikal now shows the inhumanity merged with the Sinhalese.

On that day, those 21 special karumpulikal not only lit the fire at Anuradhapuram Air Force Base, but lit the great fire of liberation in the hearts of the Tamil people all over the world. It is certain that Tamil Eelam will be established and the ideal dream of those maaverar will come true.

Lieut. Colonel Tamilmaran. Not everyone knows this hero. He was most familiar with those 21 special karumpulikal. Like the poet said “Enemy, look under your bed, the karumpuli will sleep under it.” He was a brave figther who slept next to the Sinhalese force inside the Anuradhapuram Air Force Base.

A hero who stood up to Mullivaikal attack against genocide by the Sinhalese army.And he fell in the Mullivaikkal… 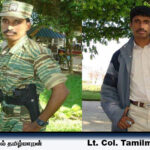 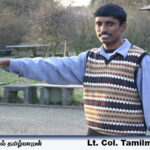 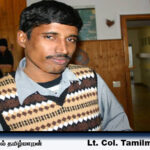 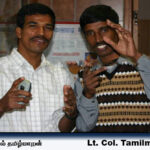