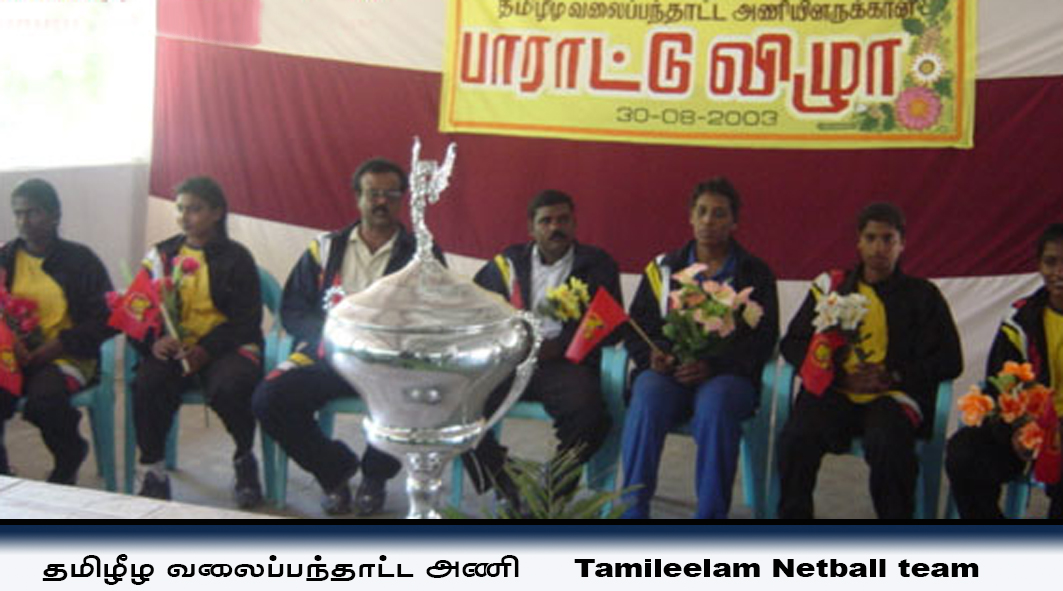 Tamil Eelam Netball team was felicitated on 30th August 2003 at Kilinochchi to for their great achievement, succeeding all the participated games at Promil, UK. They went to UK on last July 20th & won all the games, they participated and returned their mother land today. This team was invited by Student Organization’s (SALT) parade towards Kilinochchi Central College main hall. 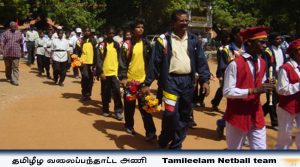 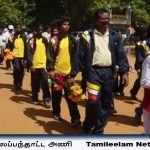 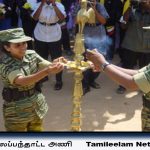 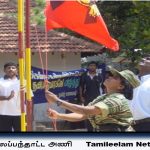 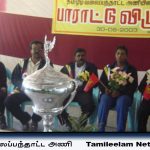 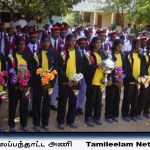