Ceremonial opening of Legislation Secretariat of Judicial Administration of Tamileelam 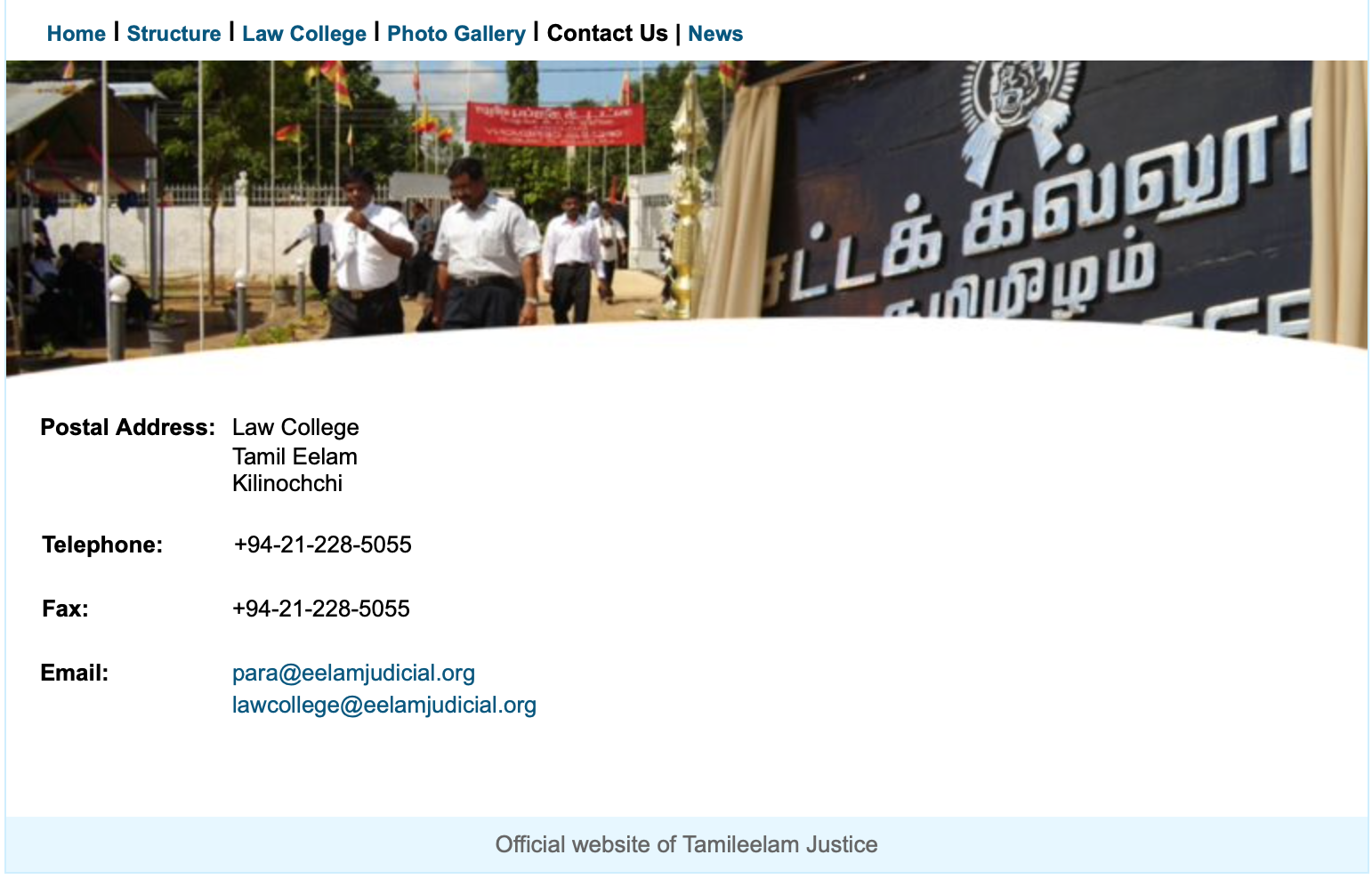 Legislation Secretariat Building was ceremonially opened by cutting cord by the Head of Political wing of Tamileelam Mr.S.P. Tamilchelvan and the Law Library was opened by Dr. Nithiyananthan. Where so many attorneys at Law and Judges of Tamileelam from Mannar and Mullaitivu and attorneys at Law and Retired Judges from Vavuniya and Jaffna were present M. P for Mannar Mr. Selvam Adaikalanathan was also present at the occasion. Inquirers into sudden deaths and all J.P. P were invited for occasion.

Following this, public meeting was held with Mr. Pararayasingam, the Head of Judicial Administration was the chair in a decorated Pandol. Some attorneys at Law from Vavuniya and Jaffna were called upon to Lit the traditional Oil lamp before the start of the meeting.

Mr. Nadesan was called upon to deliver a speech, who clearly expressed the progress made in the judicial administration of Tamileelam. Further said, that the Construction of building for legislation secretariat is a milestone indicating the progress made on a path of Tamils freedom fighting efforts. Even this building was funded by a well-wisher Dr. Nithiyananthan.

Later, the Head of Political wing Mr.S.P. Tamilchelvan was called upon to deliver a speech as a special invitee of the meeting. He expressed explicitly the current Political Situation of Tamileelam and the Governments motivated deceiving mentality through out.

At last a vote of thanks was delivered by Mr. Elankathir, the Deputy Head of Legislation Secretariat.

We, the Judicial Administration Division of Tamileelam invoke the assistance of well-wishers from all over the world whether financial or in kind to enable us to uplift the Judiciary to meet the needs of the people of Tamileelam.

Specially Law books on International Standards are urgently required to meet the needs of the Law students of our Law College.

Those who are willing, kindly contact the following address:-