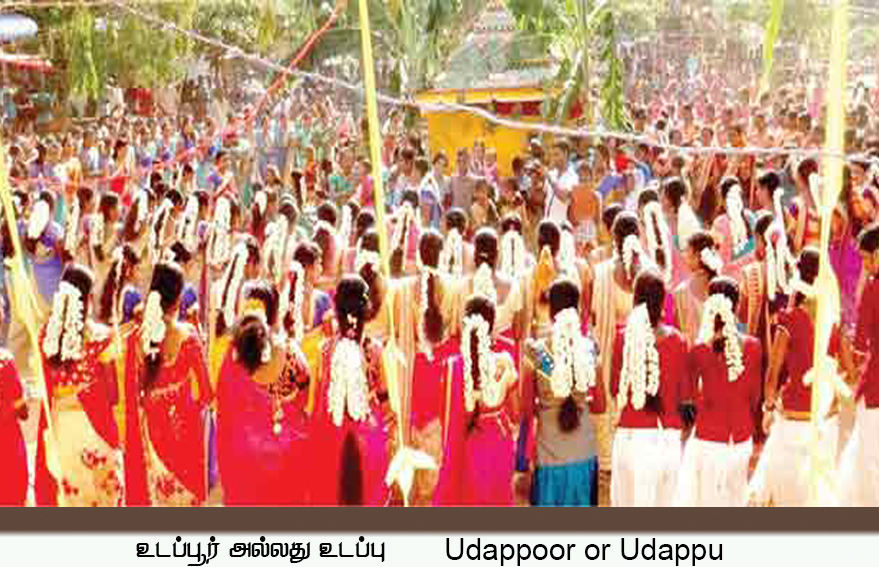 Udappoor is located at a distance of 11 km from Silabam. More than 20,000 people live in Udappoor. In Uduppoor people live happily together with different religions like, Hinduism, Islam and Catholics.

There is a junction here in Uduppoor. This junction connects Silabam and Kathpiddi Kuda. This junction will be cut off by sand during the floods and the people of this village are protected from the danger of floods. Because of the strong flood this is also called Aruvay. And the place where the flood breaks it is called “udayppu” (break down), and later it became Udappu or Udappoor. 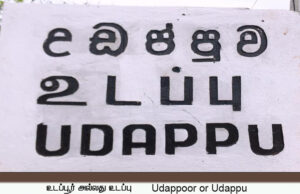 Tamils live in the northwestern province from Karpitiya to Negombo. Historical evidences says that the Jaffna Kingdom ruled these areas. Udappu is considered to be a place where Tamils lived before historical times. The stories of Karnan and the historical temples found here are evidence for this.

The legendary Munnesara temple in the Datsanakailaya Purana and the Manaveri Shiva temple are also evidences of the life of the Tamils in the area. The book “ANCIENT JAFFNA” written by Muthaliyar Rasamanikkam also claims this fact.

Formerly the Puttalam District was a district of the greatness and existence of the Tamils. But today the opposite is said about Puttalam.
However, Udappu village is seen as a village where Tamils celebrate and preserve their pride and existent.

When talking about Udappoor, the fire-trampling festival of the Thuropathai Amman Temple is a famous one. Perri Somaskandhar is a singer of village songs. He is also a famous one in this festival. 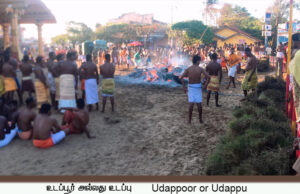 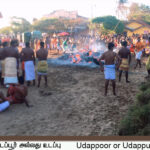 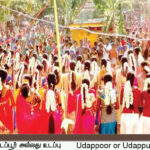 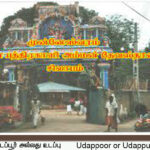 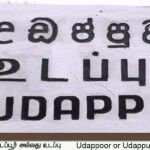