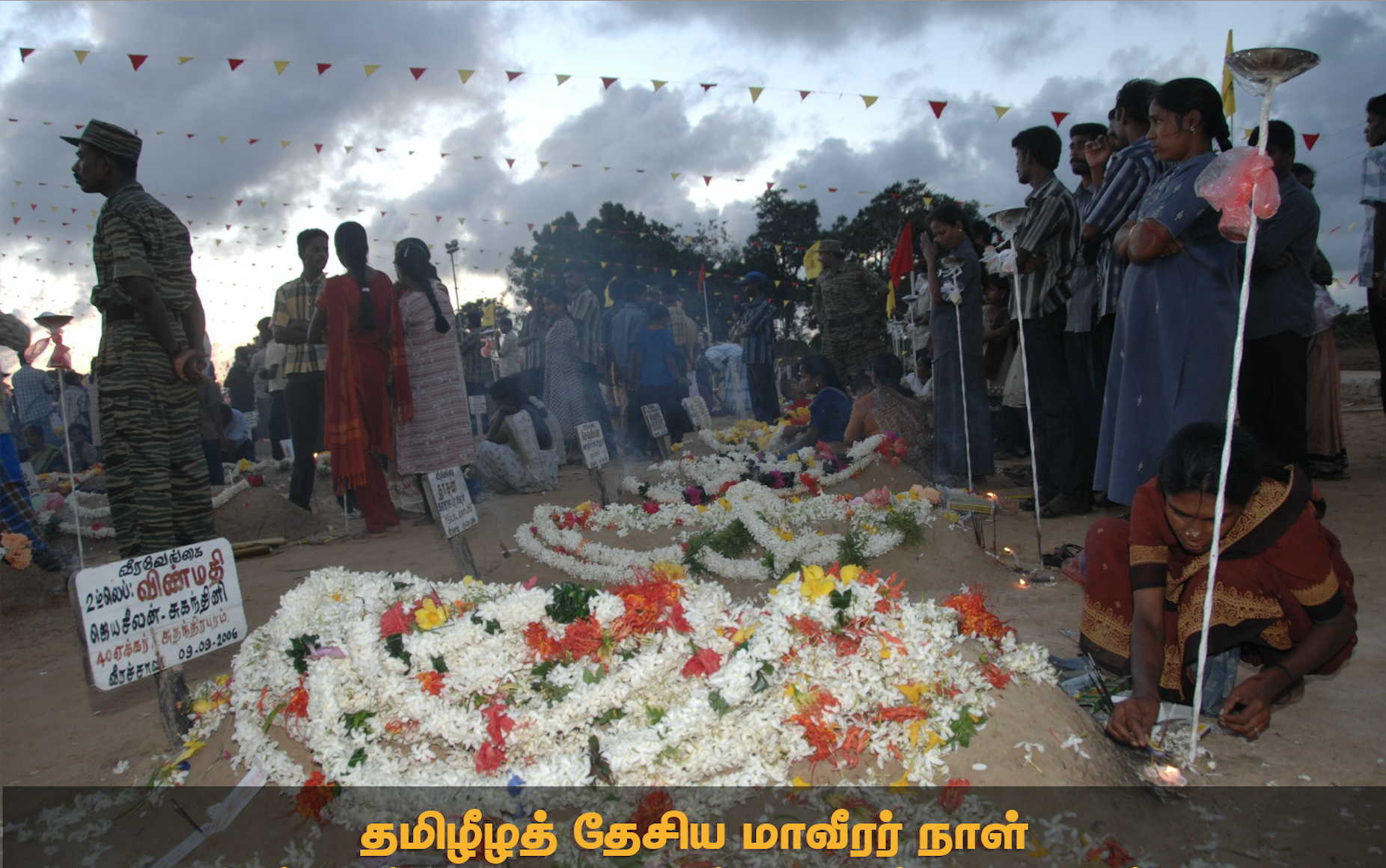 It is important to have a good understanding of the terms in a particular culture before we try to find words in another language. Many words used in our struggle culture have specific meaning which is not always the same as the Tamil literal meaning of the the word. When translating into a different language one should to maintain the cultural meaning and not the Tamil literal meaning.

Tamil meaning of this word refers to someone who struggles against odds for a cause. In our struggle culture this phrase clearly identified a member of the LTTE. This recognition immediately commanded trust in the person because of the well known good conduct that can be expected from them. They will go out of the way to help others. Women, even young women could trust them to protect them. This is an outstanding feature of a pooraali in an otherwise male-centred culture where disrespect to young women on public places is atrocious. 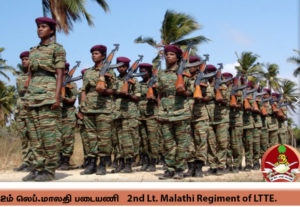 வீரமரணம்/வீரச்சா – veeramaranam/veeracha (brave death for a cause): maranam and cha both mean death. The word veera is prefixed to preexisting words for death to separate the death of pooraali from the death of civilian. People use the word veeracha and never use ‘dead’ to refer to the death of a pooraali. 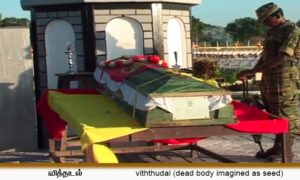 விதைத்தல்  – vithaiththal (planting the seed): means planting a seed. The burial of the pooraali body (viththudal) is always referred to with this. People would ask vithaichchaacha? (has it been planted?)  meaning has the burial been completed. 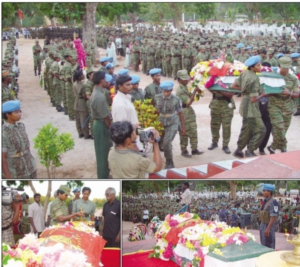 துயிலும் இல்லம் – thuyilum ilam (resting place): This term may have been created with many purposes in mind. To avoid using existing terms and thus eliminate dragging in pre-existing meanings.  ‘Thuyil” means sleep. Thus to say that they are sleeping there means they are still among us. Especially in a place where thousands of them are sleeping has a potent meaning. 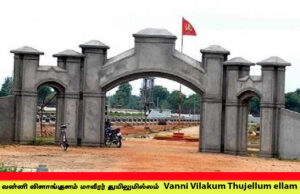 மாவீரர் – Maaveerar (Great matyr): ma (great) + veerar (hero??). Translating veerar to hero as it is used in modern English is very misleading. Veerar is an upright, courageous person who faced danger for the sake of others. In common usage Veerar and maaveerar could be still living.

The word maaveerar has been in usage in Tamil at least for 2000 years if not longer. Tholkapiyam, a nearly 2000 years old highly valued work on Tamil grammar and society speaks of “nadukal” which is a stone planted by relatives and friends for a maaveeran who died in combat. There are many such ancient stones with inscriptions found in various parts of Tamilnadu. The dating of some these are not settled yet but of those settled the oldest could be many hundred years old. Some are dated to BCE period.

Most Eelam Tamils were unaware of this ancient history when the LTTE began using this term but the LTTE was aware of its historical background.

Coming to the LTTE usage of the term one finds both maaveeran and maaveerar in use and always refer to a dead pooraali.  The first is a male gendered term and thus has problems. Mixed with the highly male centred Tamil culture its usage though common in Tamil is problematic. The second phrase is gender neutral and can also be plural and is preferred one to use.

There was a concept in Vanni and even other parts that were administered by LTTE about “maaveerar kudumpam” (maaveerar family). They had some privileges. LTTE preferred to give jobs to members of these families. In earlier times, though I have not seen this in Vanni they were allowed to go to the font of the queues.  The idea of “maaveerar kudumpan” however is a prevalent concept.

Maaveerar photos were ubiquitous in homes and LTTE public places. Even Tamil GoSL emplyees had photos of maaveerar hanging in their homes. Thus mothers, fathers, brothers and sisters of maaveerar also claimed something in that culture. If you were speaking to a young person and you were told that person’s sibling is a maaveerar, one immediately acknowledged it silently with a sense gratitude.

Maaveerar Day is the epitome of celebrating maaveerar.

In total it was a very effective and very successful way to nurture a military culture which was essential for the survival of the people. I think the West also feared that it will spread to other parts of South Asia if not the rest of the world. 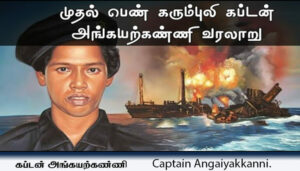 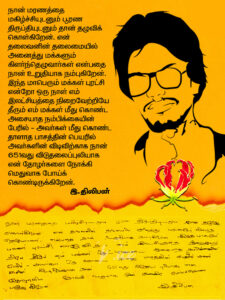 thiyaakam in iyakkam culture is considered the overarching theme of sacrifice for the cause. This could be anything from giving food to a pooraali to giving one’s life. This word thiyaakam was not in prevalent use in Vanni probably because almost all the people there have already made many thiyaakam for the cause. Pooraali, karumpuli, maaveerar, maamanithar and naattuppatralar have all made thiyaakam in varying degrees. This brings up the other two terms maamanithar and naattuppatralar  given to civilians for their services or thiyaakam or both for the cause.  The word martyrdom  did not exist in iyakkam culture. Thiyaakam as a generic concept and then specific cases of thiyaakam such as those mentioned above which can include living members.

Martyrdom carries an individual aspect where as all the terms above including pooraali is identified with the cause and becomes one with the cause.

This should help to clarify why martyr is not an accurate translation of maaveerar and thuyilum illam is different from martyr resting place.  What does martyr resting place means to you when said in English. I think of nothing. Even World War soldiers cemeteries has little emotional content to the contemporary living. Thuyilum illam is current and has strong emotional content.

karumpuli is unique in iyakkam culture. One never thinks of suicide/thatkolai or even thatkodai  when this term is used. In iyakkam culture these words are never used in the context of karumpuli.

a karumpuli lives for years with the decision to be one ready any time when called. He/she goes through strenuous training to do a task where he will die. None of the other forms of death can be equated to this. 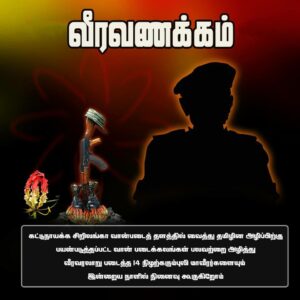 When I use the term Black Tiger only the thoughts associated with what I have heard or read in English comes in my mind. These are always negative. Where as when I say karumpuli it is the communications in Tamil that comes to mind which have a very strong emotional content. That is the main difference. If we write/speak in English about Black Tigers along the same tone as we do in Tamil then there should be no difference in meaning.

The basic problem is in universalizing concepts of justice when in reality justice is localized only for the powerful. That is the way humanity has always been and struggles have always fought against.

உயிராயுதம் – uyir ayutam: Actually this word objectifies karumpuli but differently from the word Black Tiger. It implies we have a powerful weapon.

தற்கொலை : a direct translation of this is self-murder and in some languages this is how suicide is translated because there is a no unique word for suicide in many languages.

Non-supporters of LTTE when describing karumpuli in Tamil will say thatkolaithaarikal (self murder combatants) which translate directly to suicide attackers.

This term will be of valid usage for those who bite the cyanide capsule to avoid capture and perhaps even those who self immolate Tamil Nadu. This term was not widely used in Vanni and I would not say that it was an important part of the culture of Vanni. On the other hand people in Vanni would say

kuppi (capsule) + kadiththaar (bit) to describe the past event of biting cyanide capsule. It definitely brings out an emotion similar but not same as karumpuli attack. It has the cultural meaning of self donation for the cause.

When finished – ”Let us finish”

There are two important things to keep in mind when making an introduction:

Worship can be done in the mind by remembering the sacrifices of the heroes.

Other cultural words that cannot be readily translated