Lt. Col. Neelan Behind the successes…. 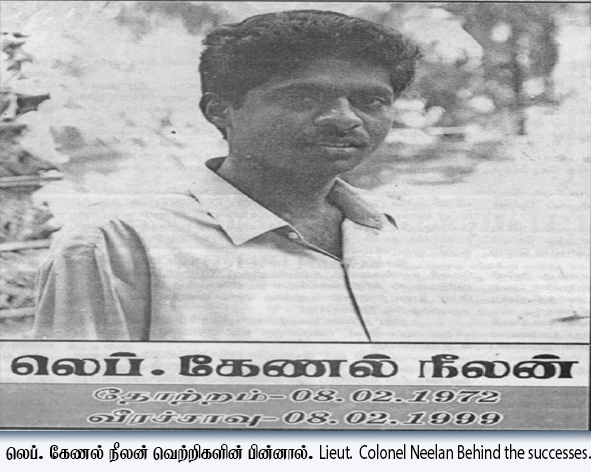 Neelan is an example to us that “images alone are not enough to express inner powers”.  At five-and-a-half feet tall, with a tight stomach and a chest, that reveals the effects of asthma, he has a look that does not give him the status of a hero.  His keen eyes, however, are enough to reveal his searching nature. Many of those who have been hidden within the foundations of success do not emerge. Neel is one of them. We are trying to reveal him by showing only a few incidents of his life.

He was a small boy then. He was born in a village in Eastern Province under the threat of Sinhalese invaders. Racist groups attacked his neighbor as well. Many villages disappeared. His was the territory where English medicine was in its infancy. One day a snake touched his right ring finger. Passing some towns in a hurry, they arrive at the house of a villager. They explained the situation in a way that Tamils ​​were afraid to identify themselves among Tamils. 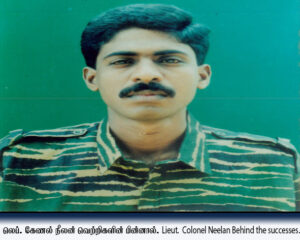 Local medicine started immediately. His snake-bitten finger was scratched with a razor blade and treated with traditional medicine. It is true that he survived beyond the stories.

The following times made him a fighter. The field operations of the man who set foot in many fields are among those recorded. Later he worked as an accountant in the finance department. After that, he became a medical officer. In the middle ages, he developed many plans to develop war medicine to give him the knowledge of the business world and the medical knowledge that he acquired later. He does not see snow, rain or sun the asthma has not left him. There will be a debate between us whether to compare him with Che Guvera or senior member Captain Pandit.

The history of the Tamil Eelam war has seen extreme crises. Tamil warriorship is hidden safely in Vanni. The enemy tries to make our tactical retreats our permanent defeat. Neighboring government strictly adheres to the policy of revenge. The Mullaitheevu camp fell as we suddenly show our bravely tactic. Our medical resources were exhausted with three hundred fighters killed and over a thousand wounded. The enemy has started moving towards Kilinochchi. Neelan continues his journey after his the wish of his team leader, “Neelan, if you come, the fight will be won, if you do not come, the fight will be lost.” 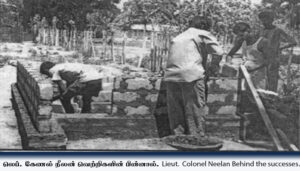 An unfamiliar foreign country, a difference in language, can make many thing difficult. His condition has become like a person who jumped in a parachute in the Sahara desert. He had to be mute even among native Tamil speakers. The well-being and lives of the few hundred wounded fighters here and the few thousand fighters standing in the field depend on Neelan´s actions. What about his condition..?

Neelan grows beard, wear rags and waits for food as a beggar at the front of a local temple.

He has a few more kids to compete with. He eats the coconut with the kids. He begs God for the nation.

If he speaks Tamileelam Tamil, he will be caught. He walks and acts as he can only speak a little Tamil and basic English. He works for food. He only buys rice from the shop. “Why don’t you want some curry with, brother?”, the grocer asked. Without answering his question, Neelan put the sprinkled water in the rice and ate.

He spends his days begging, working for wages, and studying the territories and somehow arrives the beach. He recognizes a boat with a Tamileelam supporter. He begs him to sail him to the other site.

Neelan, the warrior who went to take medicine starved for several days, turned into a foreigner and finally set foot on his own land again. 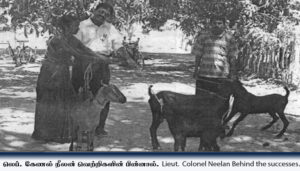 The need of medicine to his nation send Neelan out again. “Neelan we trust you.  Whether you send the medicine or not, there will be a fight, and many will be save if the medicines arrive.  If not they will die.” Neelan takes the words of the guardian to heart and continues his the journey.

He studies the territories again. Makes friends and camps. He travels hundreds of miles and buys things in small quantities. Since the enemy will get to know about his work if he buys from one place on a massive scale, he also buys from the internet from different countries.

It is of danger and hard planning to bringing medical supplies to the appropriate coastal villages by telling hidden stories with a few local friends alone. Somehow, Neelan made it.

However, it is also of multiply cost to add items worth several lakhs. These medicine should be put in water-permeable polythene bags and packed by sucking air through the mouth. Only few will do this. This is hard for people with shortness of breath, like Neelan with asthma. But Neelan did it anyway. And the dampness of the sea and the salty air make his asthma disease worse.  The loaded boats are brought towards Tamil Eelam and sometimes they are attacked by the navy and the medical supplies and the bodies of the fighters are washed ashore. They will find out about this in the newspapers. The Neelan always thinks, “that if not today, this will happen to him one day.”

He returns home. Now not as an unknown person. He went with so much knowledge about medicine and consults with physicians and Heads of Departments with extensive knowledge and operational skills. He went to the field again. He sends the required amount of medicine at the required time. 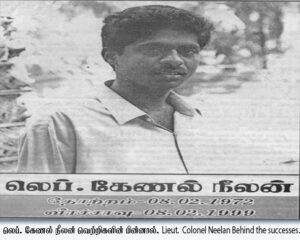 He has been visiting all foreign cities. There was days when he wanted goods without looking at the cost but now he is looking at the profit and quality and sends what he needs. It is obvious that relying on the medical practice of a single individual’s liberation war is marked by enormous risks. Neelan teaches his knowledge and experiences to some more fighters, and trains them.

Now Neelan has created a few replacements for him. Information about him are now out to the country’s intelligence. They also started searching for him.

“Jayashikuru” is reaching its end. Neelan get the secret information that says, “Neelan, come back to the homeland.” Neelan returned home with knowledge gained by sacrificing his life. The newspapers again reported that Neelan and his comrades´ bodies were flooding the shore. 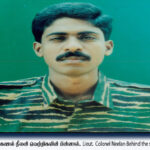 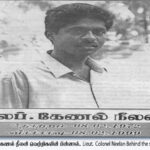 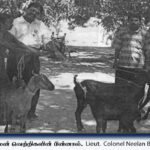 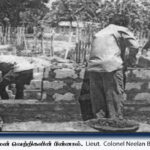